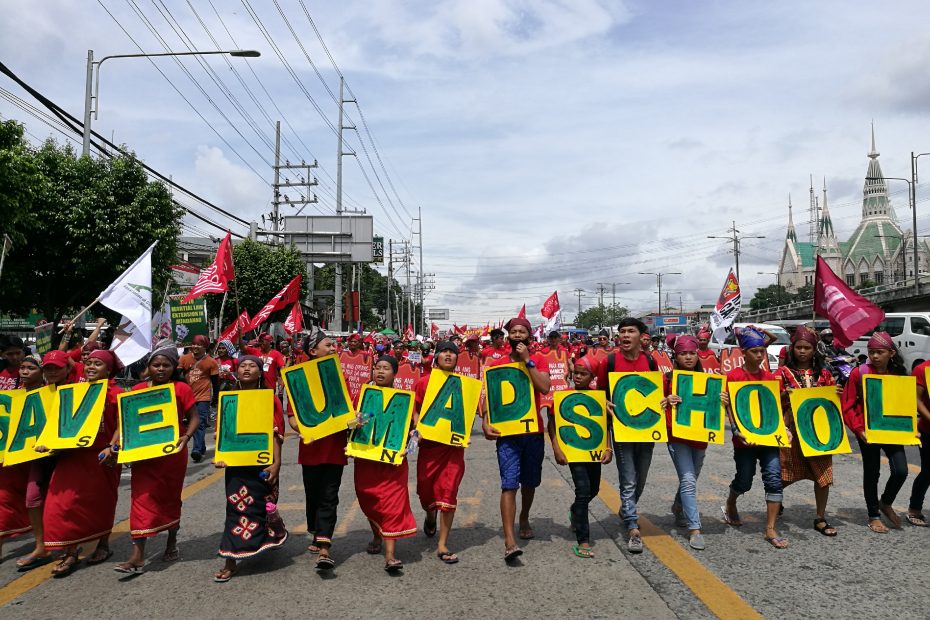 ICHRP Canada was horrified to learn that the Haran center, located in the compound of the United Church of Christ in the Philippines (UCCP) in Davao City, Mindanao, will be dismantled due to an order from the Philippine’s Authorities.

The Haran Center is a humanitarian action of the UCCP. The compound has been known for taking indigenous Lumad evacuees since 1994, when a massive militarization forced the residents to flee so as to pave way for the expansion of the Integrated Forest Management Agreement (IFMA) of the logging concessionaire Alcantara and Sons, inc. (Alsons) in Talaingod, Davao del Norte.

The Haran Center is a humanitarian action of the UCCP. The compound has been known for taking indigenous Lumad evacuees since 1994 when a massive militarization forced the residents to flee.

Since then, it has become a sanctuary for beleaguered indigenous people all over the region, forced from their land by militarization, land grabbing, and the plunder of environment. Currently, the sanctuary is home to almost 500 Lumad evacuees, including 236 children and infants. Most of those children are students to the bakwit school (evacuation school).

The Beaconsfield Initiative, an ICHRP member organization, spent three weeks in 2015 at the Haran Center. During that time, they witnessed the difficult conditions, and heard first-hand accounts from the residents of the abuses and infringements of human and humanitarian rights inflicted upon them. We saw the importance of keeping this center open providing support, food, health care and basic compassion for people.

On January 25th 2020, members of the notorious para-military group Alamara dismantled the outer wall protecting the sanctuary area in the UCCP Haran compound. This comes 10 days after the regional Peace and Order Council – 11 issued a resolution demanding the closure of the church compound.

As of 10 am on the 25th, members of the Alamara – along with other men-in-civilian clothes suspected to be state agents – forcibly entered the evacuation site. The evacuees are now being sheltered in UCCP Haran’s main building.

ICHRP questions the rationale of the regional Peace and Order Council – 11
Decision to order the closing of a sanctuary that is home to 500 Lumads composed of 236 children and infants. We call for the end of paramilitary intimidation on communities that have already been driven off their ancestral lands.

According to the human rights organization Karapatan Alliance Philippines, the resolution to shut down the Church compound is “an act of blatant harassment against the displaced Lumads and those who provide sanctuary and support to distressed communities”.

We call upon the authorities to do everything in their power to withdraw the paramilitary groups and suspend the evacuation Peace and Order Council – 11 of the City of Davao.

We support the work of the UCCP Haran Center in promoting the respect of human and humanitarian rights of the Lumad and the respect of their ancestral domain.